How do I determine the discount?

I recommend a long position in Gap. The Company is trading at $23.66, down 54% from its 52 week high of $43.90. The lack of confidence stems primarily from the market paying significant attention to declining comparable store sales, which represents an incomplete picture of the Company’s growth trajectory.

In the next 6-12 months, it is possible for GAP to have better than expected Comparable sales, commit more capital to shareholders, or experience special situation activity in the form of announcement of a spinoff or potential leveraged buyout. The aforementioned are potential scenarios which could result in share price appreciation.

Gap was founded in 1969 and rode the rise of the retail mall. Through aggressive expansion of its core line (Gap) and acquisitions of Banana Republic (1983), launch of Old Navy (1994), and acquisition of Athleta (2008), the Company has grown to 3,794 stores (including franchised stores, which have grown at a 25% CAGR in the last 5 years).

Through Arthur Peck, Gap grew its franchise business to 400 stores in 40 countries as vice president of Strategy and Operations; improved product growth as president of Gap North America from February 2011 to November 2012 while leading the growth of Athleta, and led the Growth, Innovation and Digital Division from 2012 to 2015 to a $2billion e-commerce business across 80 countries and 3,000 stores worldwide.

Currently, the market views Gap as a business in secular decline, trading at approximately $23.66 (9.7x TTM PE versus its 5-year average of 14.0x). However, I think the stock is priced imperfectly as analysts are paying limited attention to its franchise business (and e-commerce strategy) and the potential operational improvements stemming from increased focus on international markets. The market hasn’t priced in these factors yet because declining comparable store sales make the brand seem out of favor, store shutdowns implies a weak business,  and increased competition with nimble supply chains are encroaching on its space.

As a result, I am making a Long recommendation on the company with a target price of $35-$40 in the next 6-12 months.

These reasons are significant because the franchise business is a low-risk, high-reward means by which to penetrate new markets with little capital commitment. In the mid-2000’s, Gap recognized that its sales was plateauing. Peck pitched a franchise strategy: it would sell its product to the best third-party local operators in each international region, who’d handle all the expenses. Gap stores recognizes revenue at the time merchandise ownership is transferred to the franchisee. Gap has made inroads in several key markets, primarily through e-commerce website Zolando to penetrate Germany, Arvind to secure mall space in India, Dufry in Spain, Orotongroup in Australia, and Shinsegae International in Korea. Most importantly, sales reported by franchises are not recorded in Gap same store sales, which give an imperfect view of the brand’s popularity. Worldwide, 24% of Gap stores are franchised, 11% for Old Navy, and  14% for Banana Republic while Gap accounts for 40% of revenue, Old Navy 40%, and Banana Republic 20%. The number of franchise stores has grown at a 25% CAGR in the last 5 years, growing to a count of 448 as of the most recent quarter. Peck is the sole reason Gap has seen international success (and is the brainchild of Gap’s franchise operations) – I expect significant growth to stem from this area.

Additionally, international expansion will be a key focal point in Gap’s continued growth. Currently, the Company expects to close 385 Gap North America Stores by 2018 while focusing on Asia and Europe as its key growth markets. Concurrently, Gap is investing in improving its supply chain efficiency, reducing product conception to floor turnaround time of 10 months to 3 months.

Catalysts in the next 6-12 months include better than expected same-store sales, announcement of continued commitment to shareholder returns, or a potential special situations scenario in the form of either a leveraged buyout or Old Navy spinoff which result from either inbound interest or Activist pressure (primarily, from Eddie Lampert).

Catalyst 1 remains significant because the Company plans to unveil new product lines in the Spring, and Spring 2016 is courted as the Company’s “D-Day” by which to judge the popularity of its brand.

Catalyst 2 remains significant because over the course of the last 10 years, Gap has repurchased on average $1billion worth of shares while dividend payout has remained at ~30-40% of earnings while growing at a 17.7% CAGR in the last 10 years (from $0.18 to $0.92). Over its lifetime, Gap has retired 53% of its shares outstanding with a high degree of insider ownership – the  Fisher family (family of Gap founder, Don Fisher) owns 33% of Gap shares and continues to add shares at cheap prices. These factors have contributed to continued EPS growth. The company has $495mm in its buyback program and has currently bought back ~$800mm this year (leaving $300mm remaining for FY2016). As the company has, on average, bought back ~$1billion every year for the last 10 years, I believe an authorization for additional buybacks is likely. Additionally, the Company’s buyback activity leads me to the third catalyst:

Catalyst 3 remains significant because Gap has committed such a high proportion of its  free cash flow to shareholders, recording in excess of > $1bn payout per year. While the Company’s operational performance has succumbed to margin pressure resulting from continued markdowns, EPS growth remains strong and sustainable. Closing down unprofitable stores in North America and expanding to Asia will be key factors resulting in improved Gap performance.

While the Company continues to perform, a leveraged buyout is a likely outcome on the horizon. The Company has recently been penalized for significant declines in same-store sales, and if EPS targets decline further (potentially below $2.00 / share) it is possible for Gap to decline below its 52-week low of $21.57 (10x PE) and potentially dip below the $20 range (trading to $15 in 2011-2012) and make it a potential LBO candidate. The Company has significant growth potential internationally, and a take-private may be the best means to focus on long-term international expansion while managing the down-sizing of its North America business.

Additionally, activist pressure may result in the advocacy of an Old Navy spinoff. Old Navy is occupied with significantly different dynamics than from those at Gap and Banana Republic, as the latter are suffering from the secular decline in malls, while the former generally serves as “anchor” locations in strip malls and other shopping centers. Old Navy is the “Wal-Mart” of the Gap brand and serves a significantly different value proposition than premium and higher end Gap and Banana Republic.

END_OF_DOCUMENT_TOKEN_TO_BE_REPLACED

Current environment: Pushing on a String (re: Monetary Policy); When monetary policy cannot entice consumers into spending more money or investing in an economy, even if monetary policy is loosened to to put more money into peoples’ hands.

My perspective on the world is comprised of 3 units: 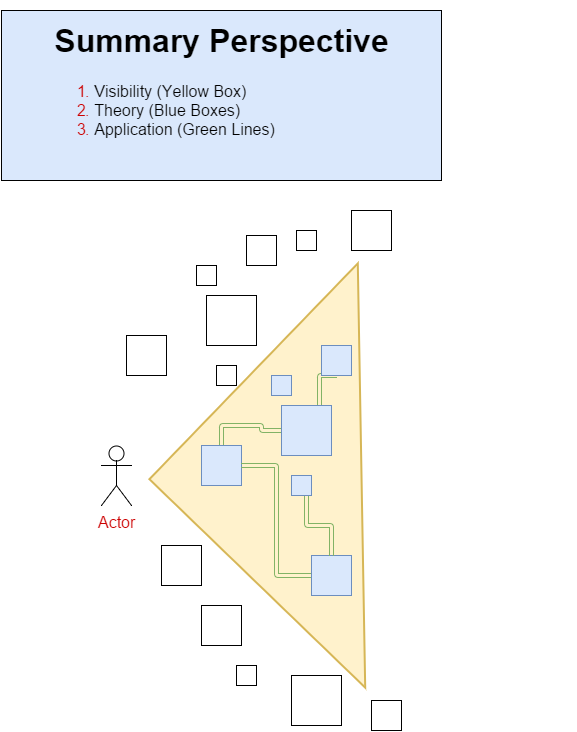 Considering point 2, theory, I envision each “block” comprising of a universe of nodes / vertexes. These can be visualized by way of graphs and factor models. Each node in a network interacts with other nodes, and the consequential vertex embodies an action. 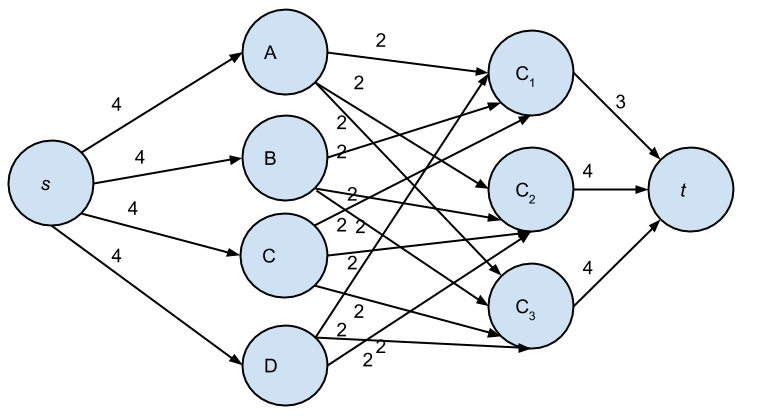 Another way to visualize the above is by way of a factor model. Described in terms of factor models, we get a “bottoms-up” build of micro variables that characterize a macro condition / state.

Each conceptual unit digested interacts with a body of other nodes. Here, it is possible to define the relationships between nodes utilizing temporal network analysis. We can observe these relationships by studying computer virus propagation networks, email distribution and biological virus propagation. Understanding the interactivity between concepts – unit by unit – enables us to create larger macro concepts and affect outcomes of systems in the world.